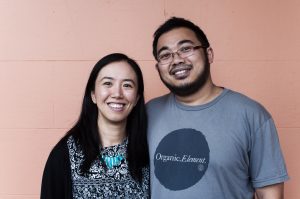 Kit became a Christian in her first year of university and grew a lot in her faith as a result of the Christian group. Upon finishing Bible college, she had an opportunity to join the AFES team at Western Sydney University, Bankstown, to share Jesus with university students. Having grown up in South-West Sydney, it seems like a perfect fit. Her roles include evangelism, training, discipleship and leading Bible study groups. Since starting the role has expanded to looking after two campuses (Bankstown and Liverpool) and taking on some of the team leading responsibilities while they look for another male worker to join the team.
Kit is married to Mike and they both love having people over for meals and talking about Jesus.